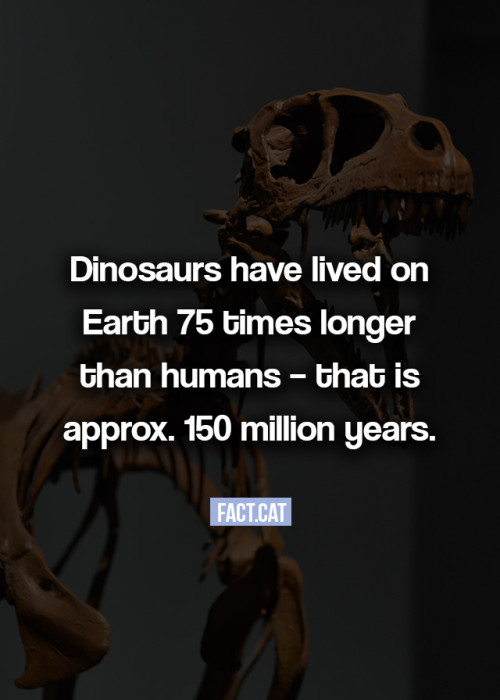 Dinosaurs have lived on Earth 75 times longer than humans – that is approximately 150 million years.
They roamed the planet during the time known as the Mesozoic Era. Scientists divide this era into 3 periods: the Triassic, Jurassic and Cretaceous.

More from my site